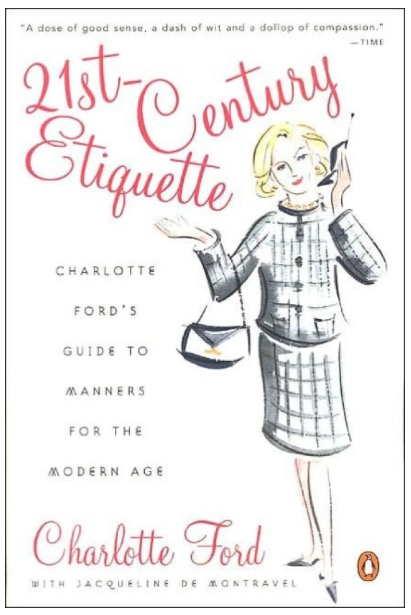 Since moving back to Louisville 7 years ago, I’ve tried and succeeded in many ways to get involved locally. Part of that involvement has been through the Younger Woman’s Club- a local, charitable organization that raises monies each year to distribute to local non-profits.  In 2012, I began sitting on their Board of Directors, first as a Ball Chair, then as an overseer of our grant application process, now as our House and Hospitality Chair, organizing monthly dinners, and working with our President to finalize catering menus and payments for our semi-annual business meetings.

I’ve been fortunate enough to have experienced many different roles within our club, and have observed the reign of four different Presidents, each with their own set of leadership skills and ways of organization.  While I’ve always been confident of my own skills, when I was recently elected President of my neighborhood’s Board of Direectors, I felt the need to brush up on my business etiquette.

I’ve read and re-read Charlotte Ford’s 21st Century Etiquette several times since its publication in 2001. First, when I was hired into my post-college job, then again when deciding to switch careers and go into Real Estate (and at least once every 18 months or so since).

Offering far more sound advice than how to pass the salt and pepper, or how to address wedding invitations, Ms. Ford writes in a voice reminiscent of a mentor over a coffee date, and touches on everything from appropriate tipping to dating in the post-Emily Post age.  There’s entire chapters on correct and appropriate email correspondence, cell phone usage (when is text-speak appropriate, and when to put the phone down), and board room correctness and procedure.

In an age where texts have all but replaced phone calls and handwritten notes, and board room shorthand no longer exists, where dating manifests online, and one would never, ever give a strange man your address to pick you up on a first date, it seems as if most every book on manners and any Dear Abby pre-dating 2010 is obsolete. That’s where 21st Century Etiquette comes in.  I’ve found its an almost perfect manual for the professional woman. Or man.  It’s not just females that need to know how to place a napkin in their lap at a business dinner.

It would be naive of me to think that even Ms. Ford’s manual wouldn’t be outdated in a few more years, but for now, it seems an appropriate- and relevant- guide for any professional.